Please donate to our philanthropic activities. Scan the code below and make a secure donation.

OR USE THIS LINK PRESSING HERE

Vitae Veritas (VV) is a not-for-profit arts organisation based in Melbourne with a dedicated aim to promote cultural diversity, artistic excellence and inclusive arts leadership for people with intellectual disabilities.

VISIT THE SITE BY PRESSING HERE 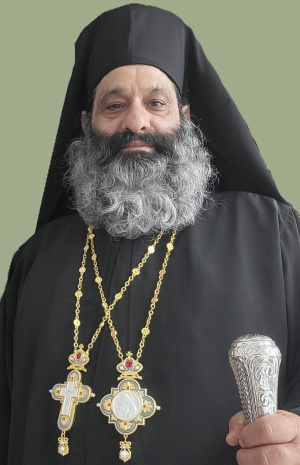 His Eminence the Archbishop of Australia and New Zealand, Right Reverend Bishop Nektarios, was born in Poros of Kefalonia in 1962.

His parents migrated to Auckland New Zealand when He was only 1 month old. They remained in New Zealand until 1963 and they left for Sydney.

He moved to Adelaide South Australia in 1988 where He met the late Archbishop Spyridon (Ermogenous) of the Autocephalic Greek Orthodox Church of America and Australia who upon hearing Him chanting at the Church of St Constantine and Helen in Goodwood Adelaide, offered Him to elevate Him to Priesthood.

He was ordained as a Deacon on Saturday 22nd of October 1988 at the Cathedral of Archangels Michael and Gabriel in Adelaide and the next day 23rd of October 1988, was ordained, as a Priest. His first Ministry was in Goodwood Parish and then Wollongong Parish.

In 1992 converted his own home in Melbourne to a Monastery and built the small Church of Saint Nektarios and three other brothers joined Him and started their first Charitable Projects. In 1995 Archbishop Pavlos (Laios) of the Autocephalic Greek Orthodox Church of America and Australia at the time, ordained Him as Archimandrite and gave Him the Great Angelical Degree (which is basically the highest level of unmarried Priesthood before the level of Episcopate). On the 14th of May 2022, The Holy Synod of our Archdiocese elevated Him to the level of Episcopate and enthroned Him as The Archbishop in Australia and New Zealand.

In nowadays He shares His time between his two registered charities with programs for people with intellectual disabilities and his overseas missions as well as working in the aged care sector.

His name day is on the 9th of November.

His "Feme" (Proclamation) is: «Nektarios His Eminence the Ordained by God Archbishop, of the Holy Archdiocese of Australia and New Zealand, to us, Father and Shepperd, long live».

The Holy Archdiocese of Australia and New Zealand acknowledges the vital support by our internal and external stakeholders.